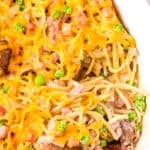 This Ham Tetrazzini is creamy, cheesy, and always a family favorite dinner with leftover ham, too! Spaghetti is baked with ham and veggies in a savory cream sauce and topped with melty cheddar.

You’ve probably had chicken tetrazzini, and maybe even turkey tetrazzini, but what about ham tetrazzini? If this recipe is new to you, you need to give it a try—especially if you have some leftover ham on hand!

Like a traditional tetrazzini, this ham tetrazzini recipe starts with spaghetti. You’ll stir this into a creamy, cheesy sauce, along with sautéed mushrooms, onions, and peas. The primary difference between this recipe and chicken tetrazzini is the addition of ham, which adds so much savory, salty flavor.

You can use any type of ham you like or have on hand for this recipe. Store-bought ham? Yes! Baked Ham with Maple Dijon Glaze? That works too! Even the honey baked ham you have leftover from Easter is great in ham tetrazzini.

I love this recipe for a weeknight dinner, but ham tetrazzini is also the kind of dish that will disappear if you bring it to a potluck—and I guarantee everyone will be asking you for the recipe before you leave! You can also assemble it ahead of time and bake it later if you’re short on time during the week.

How to Make Ham Tetrazzini

Preheat your oven to 350ºF. Cook the spaghetti according to the package directions in salted water.

Melt the butter in a large skillet and add the onion and mushrooms. Cook until the onion is soft and the mushrooms are browned.

Add the soup, milk, salt, and pepper to the skillet and stir to combine. Next, add the ham, peas, ¾ cup cheddar cheese, and Parmesan cheese. Stir and cook over medium heat until the cheese is melted. Taste and add salt, if desired.

Add the drained pasta to the pan and stir to combine. Pour this mixture into a casserole dish and top with the remaining cheddar.

Bake the casserole uncovered for 20 to 25 minutes, or until bubbly.

How to Store and Reheat Leftover Ham Tetrazzini

No, not really! Tetrazzini was actually invented in the United States; it was named after an Italian opera singer, but other than that, it’s 100% American!

Can I leave out the peas in ham tetrazzini?

If you’re not a fan of peas, you can leave them out. If you’d like, you can add more mushrooms or maybe try frozen green beans instead.

What’s the difference between tetrazzini and spaghetti?

Spaghetti is a type of pasta, and tetrazzini is a dish that’s made with that pasta. While spaghetti is most commonly used to make spaghetti and meatballs, it’s also essential for tetrazzini! 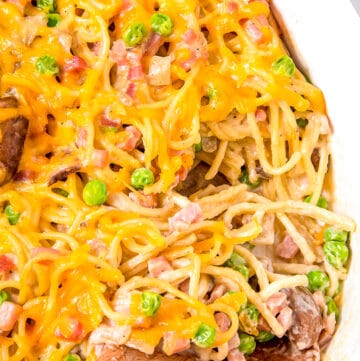 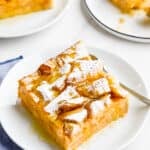 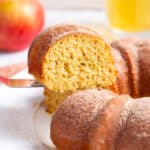 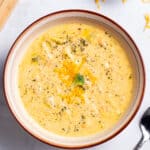 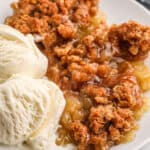 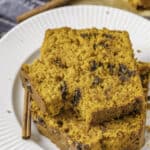 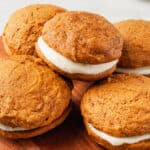